Pirates are critical to a team’s success.

However, their impact depends on having the right number of pirates in the team. There should be at least one (of course) on the pitch, and no more than seven.

The optimal number depends, though, on which school of thought you belong to. The English school, for example, sees 1-3 pirates as offering the best chance of success. The Dutch school regard three as the very minimum. And the French school take a more subtle position, arguing that the optimum number depends on the piratical index of the opposition.

Pirates are easily recognised. With their grim and sometimes frightening demeanour, it’s fairly easy to spot them on the pitch. Their number began increasing dramatically around 2005. Until then, most were natural pirates, i.e. players whose natural physical attributes caused them to look somewhat wild or frightening.

Many of the new-type of pirate work consciously on their appearance to achieve the maximum piratical effect, so they can impress fans and opponents alike with their tough looks. Key piratical indicators here are:

In most cases, pirates behave on the pitch much like they look, with a no-prisoners-taken playing style and full acceptance of the possibility of injury (to others or themselves).

It’s worth noting that many experts in the field now focus on piratical motivation: many of the “new” pirates have taken a conscious decision to become a pirate, accepting that this step is usually permanent – the reformed pirate is a very rare species of footballer indeed. 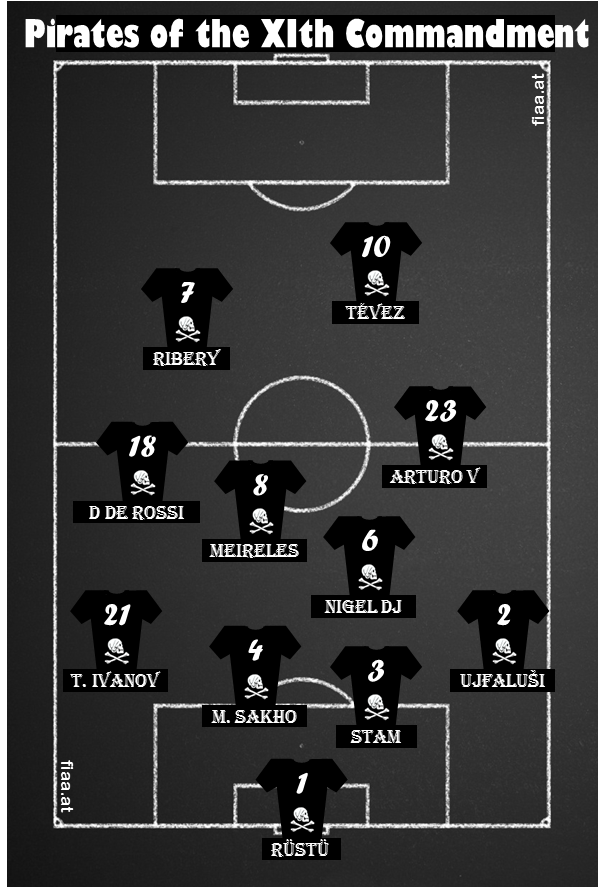